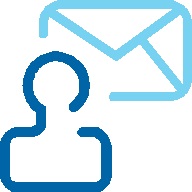 We all know that things are not always as they appear to be. Yet, the reality of that truth often escapes us… until we encounter it head on.

Yesterday, I had such an encounter when I opened several emails. These emails were replies to a note that I had sent earlier in the day to all of the women in a Bible study in which I am participating, and they all included my original note.  I had taken great care (so I thought), in the writing of the note, to line up all of the information within it in a way that would facilitate (so I hoped) the use of the instructions that were included. The alignment had greater purpose than just looking good, though I would realize later (to my chagrin) that my “looking good to others” was also important to me.

Reading the several replies that I had received, I quickly realized that the portion of the notes that I had written earlier now differed in appearance from both one another and my original note. Much of the intended “perfection” of my design, intended to clarify my message to others, had been jumbled.  Although my words had not been changed, some lines had been pushed to the right, while others had gone to the left. Some lines had dropped down to leave large gaps in the writing, while some purposeful spaces had disappeared.

All of the information that I had tried to convey was still present, but not necessarily in a way that could be easily understood. The message, as I intended to convey it, needed to be disentangled from the various degrees of distortion into which it had been delivered. The receiving computers, set up differently than mine, could only “see,” and, therefore, present my message in their own interpretations of what my computer was sending.

Aren’t we, in our thinking, much like our computers? We take the information that we receive and process it through our knowledge and emotions. The result is an interpretation that differs in some manner from the complete truth of the matter. Even when the facts—the words that we hear or read—are themselves retained in the interpretation process, the message that we receive from them can still end up out of line with the truth.

How much more so is this true in our communication with God? God keeps sending His Message to us, with His every Word in perfect alignment, only to have us put our own spin on His Message, reshaping it to accommodate our limitations. Our brains, phenomenal as they are, are yet pittance in comparison to that of their Creator. They (therefore, we) are limited in ability to see beyond the jumble that they create. As a result, our understanding of God’s Message is confined to how we see it:  the “surface appearance” of our interpretation of it.

It didn’t take very long in the Garden of Eden for God’s words to Adam, as clear as they were, to be misconstrued by Eve with a little help from the snake (Satan). With two conflicting pieces of information from which to choose, Eve did what we usually do:  she went with the interpretation that backed her desire, using sensory input to support her decision. In other words, she heard what she wanted to hear. A breakdown in communication somewhere in the chain gave room for personal interpretation that was never suggested by God’s original instructions. Eve could have asked Adam for clarification regarding God’s words and Adam could have taken the initiative to repeat God’s command, but neither did so. Instead, they both allowed God’s Message to be distorted.

As I sat reading the gracious and positive replies to my email, I could not help but notice that no one mentioned the various states of disarray of my original message. But, then, why would they? They had no basis for comparison. They could only see what was on their computer screens, not what was on mine. But I could see both versions. I knew that the difference existed, and with knowledge, comes responsibility to correct error. As I would later learn, I could indeed take steps to diminish the distortion that had been created.

Likewise, even before we (mankind) began jumbling the Truth of God’s Message to us, God took steps to diminish the distortion of the Truth that we would create. Providing Jesus Christ as “The Way,” God arranged to plug us directly into God, via a direct access line:  the Holy Spirit. Doing so gave us full access to the Truth that we are otherwise incapable of discerning.

Without a direct connection to God, we are powerless to comprehend the Truth. The limitations of our physical nature sees things differently than does God’s all-encompassing Spiritual nature, often setting up an apparent conflict between the two.

But connected to God, we each become a “Powerball of Truth,” winning a jackpot in this life, as well as in the next with each revelation from God. God wants every person to plug into Him, free of charge, so much so that He paid the price that enables us to do so.

What a deal!  We gain God’s desire for us:  direct access to Him forever, forfeiting only our right to remain alone in limited understanding.

And that, dear ones to God, has been God’s Message to us since the beginning of time:  God gives, and we receive.

THOUGHTS ON “THE LESSON OF THE EMAIL”

Cathy Butler on January 25, 2013 at 9:47 pm said: “I so much look forward to your new blog. Your faith is so strong… rather than becoming frustrated with an email — as I certainly do — you can see a lesson from God.”

David Thompson on January 25, 2013 at 1:12 pm said: “Thanks for sharing this with us. I love the analogy and the refreshing honesty of your blog. By the way, it looks perfect on my computer..perhaps my computer is in sync with yours?”

Sue Ceravolo on January 25, 2013 at 12:35 pm said: “I thank God for your willingness and courage to share all that God has unfolded in your life. Also for your ability to organize your words and thoughts so beautifully and simply in this website!”