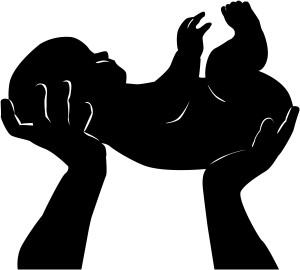 How could the celebration of the birth of one small babe cause so much ruckus on Earth for thousands of years beyond the time of the birth itself? How could the gift of so much loving-goodness, enveloped in one small child, be controversial or taken nonchalantly by any individual, even from the moment of the child first being delivered into human hands? The answer lies in the words of the babe Himself, spoken some thirty-three years after His birth, as He hung upon a cross, delivering the message that had been entrusted to Him: “Father, forgive them, for they do not know what they are doing.” (Luke 23:34)

The problem, declared so by God, has been evident since mankind’s beginning: “My people are destroyed for lack of knowledge.” (Hosea 4:6) Men’s lack of comprehension has always been the issue that has led men to deviate from Godly living and separate themselves from God and life, as well as from one another.

But before God ever commanded time to begin, He provided the antidote needed to counteract man’s sinfulness and assure permanent reconciliation. He provided forgiveness.

Forgiveness is the gift that the child carried within His life to later hand over to a hurt and dying world via His death and resurrection. But forgiveness did not arrive alone. It was wrapped in the love that had made the decision to allow grace to give it away and for mercy to make room for it to be received. It came with peace of mind that drove out fear and with joy that superseded worldly concerns. It came in a kind and gentle Spirit.

But foremost, forgiveness arrived with humility leading the way. In the child, God lowered Himself to the position of a man to freely share His life with others. Forgiveness exalted selflessness above all.

So, why all the turmoil over a gift that is so good? Because men must purposefully bow down by their own volition to meet the child eye-to-eye in humbleness of their own, acknowledging their need for all that He embodies. The turmoil remains in those who simply refuse to see their way clear to do so. Pride is the self-centered force that denies forgiveness that has freely been given.

With each new day, we each have new opportunity to live in acceptance of God’s forgiveness, choosing to forgive all others all wrongs. God has shown us how, reminding us that “his compassion [merciful loving-kindness] is new every morning.” (Lamentations 3:23) So then should ours too be; otherwise, we refuse to further advance the life that forgiveness gives. But instead, we keep ourselves and others bound to debts that can never be paid.

While the Child Jesus carried forgiveness’ potential, the Man Jesus had to choose to use it. So must we all.

In choosing forgiveness as a way of life, we give priority to freedom, setting everyone free from past mistakes and current condemnation. It also allows for future course adjustments to be made, as we live and learn alongside one another in agreement with God. With forgiveness paving the way, doors open to new possibilities beyond worldly comprehension. Just look at Jesus. He couldn’t be anywhere better than where He is right now and forevermore: honored by all at His Father’s right hand. It is only in forgiving all that Jesus gained everything of lasting significance, proving that forgiveness is timeless. It just keeps on giving itself away to no end.

So, in the end, what we reminisce about the most may not matter nearly as much as what we choose not to recall at all. By holding no offense against anyone, not even ourselves or God, we give everlasting acceptance to everyone.

May the peace and joy of total forgiveness fill your holiday and every day.