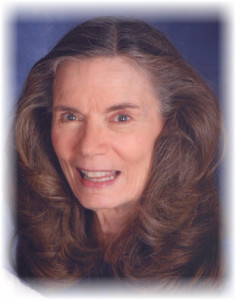 Cathy S. Scott was born and raised in the southern suburbs of Pittsburgh, Pennsylvania. After graduating from Baldwin High School, she went on to attend North Carolina State University, where she majored in math and physics… and where she met her then future-husband, Keith, who just happened to be her Freshman Orientation leader the summer they met (See: The Lesson of the Parting). After being married and moving to Kingsport, TN a couple of years later, Cathy completed a BS degree in Mathematics at East Tennessee State University. Then, at a later time, she also received an MS degree in Education from the University of South Carolina.

Cathy’s first teaching position was that of a math and science teacher at Lexington High School in Lexington, SC. Then, after taking time off for the births and preschool years of her two sons, Cathy returned to Lexington High School for more years of teaching. During that time, Cathy’s selection as the school’s Teacher of the Year in 1994, led to her also being chosen to be the 1995 South Carolina State Teacher of the Year.

Following her term commitment, Cathy was joined fulltime by her younger son and part-time by her older son, in the opportunity afforded them by her husband’s career, to live on the southern coast of Spain for two years. Then in 1997, when Cathy and her family returned to the U.S.A., they moved back into their home in Lexington, SC, where they remained until after both sons had become Clemson graduates, married and began having children of their own. Then, in 2004, at the time of her husband’s retirement, Cathy and her husband moved to the north Georgia mountains (See “Home,” The Promise of the Cross, p. 75).

Today, Cathy and her husband continue dividing their time between north Georgia and upstate South Carolina. There they enjoy being able to spend time with their family that now includes a new generation of four outstanding grandsons. In addition to also spending time with friends, Cathy and her husband have been blessed by God in ministering to the needs of others, in whatever ways God so enables them to do. Their greatest delight is in knowing that every member of their immediate family has received salvation in coming to personally know Christ Jesus as Savior, and then in seeing other people come to do the same.

The Cross series of seven books continues during the finalization of the two books (The Life of the Cross and The Power of the Cross) that are not yet published, even though they, respectively, were the first and fourth books of the series to have been originally written.

That mountain setting, to God’s greater glory, is the place that was chosen by God to deliver the seven books of The Cross Series into this world . . . [more coming]

“It is for freedom that Christ has set us free.” (Galatians 5:1a)

Use the following form to contact Cathy.  (I’d love to hear from you!)

Comments or questions are welcome.