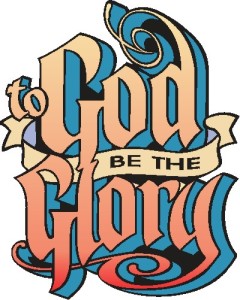 One of our family’s favorite vacations was a six-week car trip that we took together through the western United States. We zigzagged our way at will back and forth across the Rockies, traveling from the Rio Grande River in Texas to North Dakota, before making our way home across the Midwest plains. The magnificence of the natural beauty and the wide variety of landscapes along the way remain etched in my memory, as do a good number of quirky fun-filled times that we had as a family. Each place that we visited left its own signature (a one-of-a-kind mark) on our hearts and minds, with some ingraining themselves deeper in us than others.

One of the places that we visited along the way was the small town of Deadwood, South Dakota. Deadwood is a historical piece of the Old West that has an unusual history of its own. One day some prospectors discovered a gulch—a steeply sided ravine that usually would have had a torrent of water rushing through it. The gulch had an abundance of two notable items:  one was dead trees and the other one was a stream full of gold.

At the discovery of gold, a rush then began, and the town of Deadwood seemed to rise up overnight. But then just about as quickly again, when the stream was just about depleted of gold, the rush suddenly came to an end. But some years later, the town of Deadwood decided that it would be far better for the town as a whole, if it were to became a tourist town instead of a ghost town. There just isn’t a lot of things that dead wood is actually good for, is there? Maybe that’s why the one lone souvenir that I bought in Deadwood was a Deadwood basket that was made of dead wood sticks The sticks had been woven together (as much as dry sticks can be woven) to give their deadness a revitalized purpose as a basket.

But as it turns out, there is an important use of what is known as deadwood in the construction industry. In the bow and stern of wooden ships, where the planks from the left and right sides must somehow be joined together to make a watertight vessel, the builders cannot connect the planks directly to one another due to the limited space in which they have to work. So to solve the problem, the builders insert a substantial piece of “deadwood” into those tight spaces and then attach the planks from both sides of the ship to the deadwood. Doing so unites the two sides to make the ship an integrated whole that water cannot breach. Deadwood literally holds wooden ships together. So it is actually quite possible that the wooden ships that Jesus and His disciples used to cross the Sea of Galilee could have been held together by a couple of pieces of deadwood.

As the deadwood in ships makes a way for ships to be seaworthy, the Deadwood of the Cross has been made by God to be the way through Jesus for all people to be God-worthy in Christ. Without the proper use of deadwood in shipbuilding, ships come apart at the seams. They sink. Likewise, without the proper use of Jesus’ Deadwood Cross, people’s lives also fall apart. They too sink, sometimes to an everlasting death.

The Cross is not powerless dead wood—a thing of the past, void of present life—as some misperceive it to be. Rather, being both from and of our Eternal God, the Cross is the power of God at work in lives today, redeeming one life after another from death by giving every person opportunity to enter into the life of Christ. Jesus

Currently, the town of Deadwood has an advertising slogan that simply says, “Do Deadwood.” They got it right. So should we.

“Do” the Deadwood Cross of Jesus. It isn’t anywhere nearly as dead as it looks.