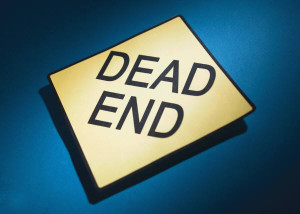 The summer following my high school graduation, I received an invitation to attend freshman orientation at North Carolina State University in Raleigh. I had been accepted for fall admission, and my grandparents, who were going to visit their friends in North Carolina, were planning to drop me off in Raleigh to begin the fall term.

But attending orientation was another matter. Raleigh was a far distance from my home in Pittsburgh, Pennsylvania, and money was tight. While orientation would be nice to attend, it was neither mandatory nor necessary. I could have bypassed orientation and jumped straight into college life that fall. But something in me wouldn’t allow me to do that. Beyond explanation, and in ways that opposed my normal personality, I adamantly insisted that I needed to go.

After some deliberation, my mother agreed to allow me to make the trip, and she purchased a round-trip bus ticket for me, enabling me to do so. On the day of my departure, my family drove me into downtown Pittsburgh and waited with me at the bus terminal until I was safely on-board.

I remember little about the actual trip, except that I had to change buses during the middle of the night in Washington, D.C. When I arrived in Washington, the huge terminal was nearly deserted. As I walked through the terminal on my way to the restrooms, I remember seeing only an employee or two behind the counter area, but no one else in the vicinity.

To access the restrooms, which were below ground, I had to go down a flight of stairs that were designated solely for the restrooms. Carrying my suitcase down the stairs, I entered the ladies’ room. When I had finished there, I opened the door and stepped out onto the small landing area at the bottom of the stairwell.

There I came to an abrupt stop. I could go no further. My path forward was blocked by a dozen or so male teenagers of questionable appearance and intent. They were standing motionless, apparently waiting for me to come out.

When I did, the fellow closest to me (the only one whose face showed any expression) grinned insincerely, and he began to verbally harass me with questions regarding whether or not I needed a boyfriend. For the second time in recent weeks, I heard myself speaking and acting in an adamant manner that was not my norm. Returning the fellow’s gaze with one of my own, I defiantly slung retorts back at his insolent questions and stood my ground.

I had little choice. My options were limited, to say the least. Going forward was impossible, and going backward would have made matters worse. I could stand, or I could fold.

The situation in which I found myself was similar to that of the Israelites during their exodus from Egypt. (See Exodus 14) With their path forward blocked by the Red Sea and Pharoah’s army closing in from behind, they were stuck between the proverbial rock and a hard place. So was I.

But the similarity between my situation that night and the Israelites in their predicament did not end there. The adamant spirit that arose within me during the confrontation outside of the restroom seemed to be responding to the same instructions that God had issued to the Israelites through Moses.

“…Do not be afraid. Stand firm and you will see the deliverance the Lord will bring you today. The Egyptians you see today you will never see again. The Lord will fight for you; you need only to be still.” (Exodus 14:13, 14)

Having essentially no time to think and nowhere to go, I (as had the Israelites) simply stood, confronted by evil.

Evil is a reality that continually threatens our safety, as well as our futures. It is always lurking, waiting to take advantage of our vulnerable moments and then harassing us in attempts to pinpoint our weaknesses. Even we who live in relative safety from “serious” (however one might choose to personally define “serious”) evil, still suffer from the negative consequences of others’ wrongful words and actions, as well as from our own.

Our enemy is not the people who deliver the evil, but the evil itself—–the entity of thoughts, words and actions that oppose the nature and will of God. Evil’s ploy is to confront all of mankind repeatedly with the temptation to doubt God, to cause us to disbelieve to some degree in God’s Goodness, if not in His existence. The doubt that evil initiates is intended to undermine mankind’s faith in God, causing each of us to “fold” in defeat when events don’t line up with our personal expectations of what a “good” God would/should do.

For no apparent reason, the “leader of the pack” of teenage boys suddenly stopped his incessant barrage of remarks, clamming up, as if he had been muzzled. Then, as I watched in silence, he smirked in a way that must have epitomized Pharaoh’s attitude when Pharoah (in belief that he was the one determining the Israelites’ fate) gave the Israelites permission to leave Egypt. Intentionally feigning chivalry, the so-dubbed pack leader bent his left arm across his abdomen, bowed at the waist and made an exaggerated sweeping motion toward the stairway with his right arm, indicating that I was free to go.

When he did so, every member of the “pack” took one step backward, creating a pathway right through their midst. Carrying my belongings, I walked through the “sea” that had parted before me, climbed the stairs and never looked back. God had made a way, and I took it, walking into freedom.

I share this event with an excruciating awareness that other individuals, encountering similar situations, have not always fared as well as I did that night. Some have endured painful trauma, and others have not survived at all.

I cannot explain why the “sea” parted before me that night in Washington, while at other times and places it has not. But I do know that had it not done so on that particular night, my life and the lives of some other individuals would have been vastly different. For the following morning, having arrived on campus in the early dawn hours, as I sat alone in a dorm lobby waiting for the campus to awaken, in walked the young man who would later become my husband.

Had I ended up in a hospital (or worse) the night before, I would have missed my appointment with my future, a future of God-given goodness that would be regularly confronted by the evil that had backed down on this particular occasion. Evil is relentless. Of that we have no doubt. Yet, in God’s proven goodness and faithfulness, we do repeatedly doubt.

The Israelites had the same difficulty choosing to trust God that we today encounter. Even after miraculously passing through the Red Sea and receiving numerous other miracles from God, they repeatedly displayed their double-mindedness concerning Him. Even with their minds bouncing back and forth between good and evil, they (as do we) continued living solely by the abundant grace of God that He provides. All the while, they continued accepting various degrees and forms of evil into their lives, failing to recognize the true nature of the evil that incessantly tempted them.

To stand victoriously against evil’s temptations, the Israelites (as do we today) would have to entrust both their present and their future to God alone. Times may change, but evil does not. Every moment of every day, whether we realize it or not, we are all forced by evil’s presence to “stand,” trusting God, or to “fold,” defeating ourselves by enabling doubt to persuade us from the Truth.

But to trust God with our present and our futures, we must first trust God in our pasts, without exception, no matter what has occurred. We must believe that along whichever “escape routes” God has carried (is carrying and will carry) us, that those routes have delivered (are delivering and will deliver) us into the futures that were (and are yet) ours to possess. We live in a world of continual choices that must be made, and God works within our collective decisions (be they for good or for evil) for our good and His glory, whether we believe so or not.

The One and Only True God is the God who reached down from on high with His Mighty Right Arm (His Son), working salvation for us (See Psalm 98:1 & Titus 2:11-14), eternally parting the “sea” of sin and death into which evil hounds us. This One True God, who made a “path” big enough for all of us to follow, is the same God who can be trusted with every lesser aspect of life. He is the God of all who trust Him with their personal salvation through Jesus Christ, forbidding doubt to encroach upon God’s rightful territory:  us.

We are God’s children, His creation, His gift of life, embodied in His Son through our faith in the finished work of the Cross. Without faith, the “sea” does not part and deliverance does not come.

Jesus is mankind’s only viable option. He is God Incarnate and the Ultimate Escape Plan, the only Way both out and up. He is the only One who can and who does deliver us from all evil–—the evil that He conquered for us. Using His very life, Jesus cleared an escape route, along which we can follow Him into true freedom–—freedom from all doubt of God, both now and forever.

A life free from doubt of God is possible, not by our efforts (that has been proven for all time), but by God’s grace in Christ Jesus. Jesus is the Victor over every doubt—–every dead end that evil attempts to fabricate. He is the One who delivers us into everlasting, loving relationships with God, our Father, via the knowledge of Truth, against which the temptation of doubt is powerless.

Jesus, our Living Savior, is the Only One, who not only claims to know the way, but who has walked His Way out of death, escaping from evil’s eternal hell. The proof is in His absence from His Tomb and in His Presence in our lives. Jesus lives among us because His escape route works. By following Jesus, we are led into the everlasting life that Jesus is living. We experience the life with God that God always has intended for us to live.

All other supposed ways to heaven, nirvana, inner peace, tranquility, satisfaction, etc. (despite the allure of their worldly packaging) are personal death traps, filled with empty promises that die along with those who choose to live by them. Their promises (in this life and the next) are as dead as they are.

Every one of them is a literal dead end, leaving no way out.

Jesus Christ is the Only Way to escape both evil’s presence and its future.

THOUGHTS ON “THE LESSON OF THE PARTING”

Cathy Butler on March 29, 2013 at 10:21 am said:  “God certainly had a better plan for you that night… and Keith! You have accomplished good works for His Kingdom, with even more to do! Thank you, with love.“